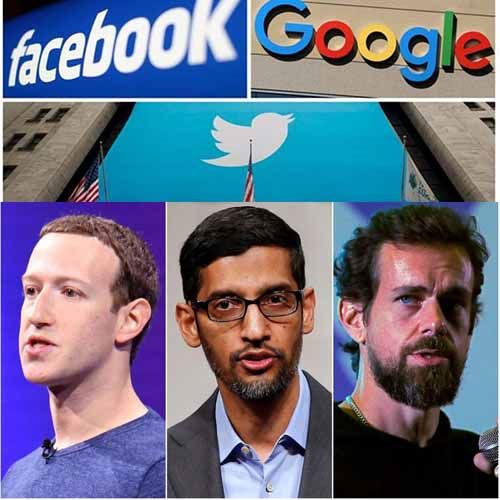 We talk about digital transformation, as the core database with the tech giants including Google, Facebook and Twitter, they can utilise the technology for sharing misinformation with the help of their digital platform and earns into unaccounted amount.

Big Tech is being trotted out in front of Congress again. Congress could smell this idea and information of the technology giants, the House Committee on Energy and Commerce will hold a hearing on March 25, will focus on misinformation and disinformation.

Big Tech is being trotted out in front of Congress again. Facebook, Google, and Twitter have come under particularly intense scrutiny over misinformation since the January 6 storming of the Capitol building.

The hearing, due to take place on March 25, will focus on misinformation and disinformation. The committee chairs said in a statement: "Whether it be falsehoods about the COVID-19 vaccine or debunked claims of election fraud, these online platforms have allowed misinformation to spread, intensifying national crises with real-life, grim consequences for public health and safety."