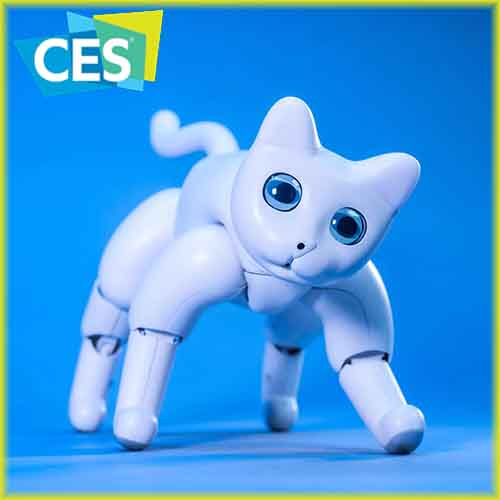 CES 2020, a new robo-pet called MarsCat from industrial robot startup Elephant Robotics were presented. The pet is completely an autonomous companion that can respond to touch and voice and even play with toys.

Elephant Robotics is focused on building cobots or industrial robots. These robots are designed to work alongside humans in factories or assembly plants etc. Elephant, which was founded in 2016, already produces three lines of these collaborative robots and has sold them to client companies around the world, including in Korea, the U.S., Germany and more.

Particularly, this new product is designed for home and not for factory or lab. It is the company’s first consumer product. With its highly articulated legs, tail and head, it can sit up, walk, play and watch movements, all working autonomously without any additional input required.

While MarsCat provides that kind of functionality out of the box, it’s also customizable and programmable by the user. Inside, it’s powered by a Raspberry Pi, and it ships with MarsCat SDK, which is an open software development library that allows you to fully control and program all of the robot’s functions. This makes it an interesting gadget for STEM education and research, too.

MarsCat is currently up for crowdfunding on Kickstarter, with Elephant having already surpassed its goal of $20,000 and on track to raise at least $100,000 more than that target. Elephant Robotics CEO and co-founder Joey Song told me that it actually plans to ship its first batch of production MarsCats to users in March, too, so backers shouldn’t have to wait long to enjoy their new robotic pet.