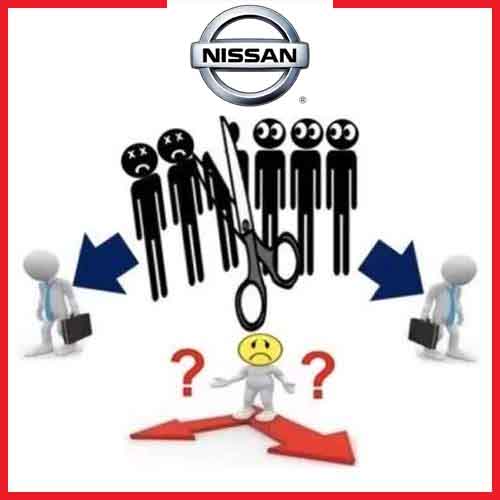 With the ongoing difficulties due to COVID-19, the automobile sector also not spared , Renault and Nissan has been going through a rough patch for the last three years ,now it has pushed the French and Japanese giant beyond the threshold.

France Minister stated in an interview that the situation of Renault is so bad, that it could disappear, if no help arrives. Renault is yet to comment on this statement made by the French minister. Renault-Nissan are scheduled to announce new brand strategy next week in a press conference.

As per the report from Japan's Kyodo News, Nissan is considering a massive job cut to the tune of 20,000 employees worldwide, especially in Europe and emerging markets. The drastic measure is aimed at recovering from the sharp decline in sales. The automaker is slated to announce its mid-term strategy next week and the downsizing is expected to be one of the main points of discussion.

It is to be noted that, even before the Corona virus scare, Nissan has been working on a massive restructuring plan that involved around 12,500 job cuts which was close to 10% of its global workforce. It was also reported that Nissan is poised to pull the plug on Datsun budget brand as it failed to meet sales expectations in all of its target markets.

In addition to layoffs, Nissan's mid-term strategy is expected to include closer cooperation with alliance partner Renault and its subsidiary Mitsubishi Motors Corp, in a bid to take advantages of technical and manufacturing synergies. French government-backed Renault is expected to find itself in trouble if it does not receive help, and Mitsubishi has just reported a decline in profit by 89%. So, all the three automotive brands will have to make tough decisions to stay afloat.

As per, Reuters, Nissan is feeling the need to become much smaller in order to be sustainable. The company is expected to scale back its annual sales target by one million units with enhanced focus on the United States and China for volumes. The Renault-Nissan Alliance's India subsidiary have been under-performing for quite sometime now and it is quite obvious that there would be further job cuts are very likely. Going forward, more OEMs are expected to trim their workforce in the coming months.