Philadelphia banned cashless stores. Who is Next to Follow ...??? 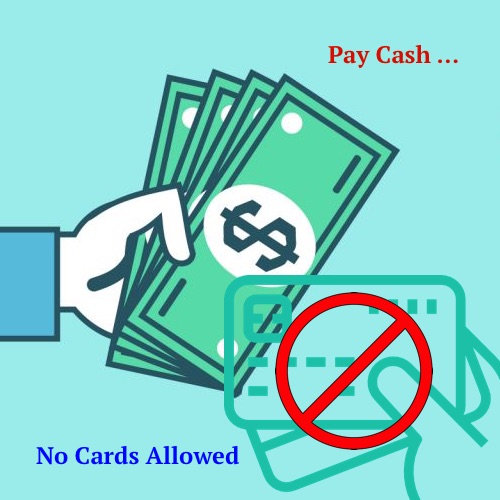 The city of Philadelphia has banned cashless stores, the Wall Street Journal reported on Thursday, in a move that “will require most retail stores to accept cash” as opposed to credit cards or mobile devices. According to the Wall Street Journal, from 1 July, most stores will have to accept cash and will also be forbidden from putting a surcharge on people paying with paper money. Firms that violate the law could be fined up to $2000.

Mostly, the credit card companies support the customers with their app, or Apple, Google Pay and Amazon. As these companies are pushing out cash payments, arguing that touchless pay makes shopping hassle-free. Unlike, Amazon heavily subscribes to the idea of going cashless. Even It’s bookstores don’t take cash and instead encourage shoppers to set up Amazon accounts, where they can link their credit card and pay with automated payment machines that are set up via kiosks. There are exemptions for some businesses, including parking lots and garages, hotels, wholesale stores and car rental companies.

However, the Lawmakers and public advocates says, they have long said this concept marginalizes low-income shoppers who might not be tech-savvy or have access to credit lines. Now these cashless stores are starting to come under scrutiny.

Despite the text on the U.S. dollar bill stating, “This note is legal tender for all debts, public and private,” that only applies to creditors. Unless mandated by other laws, retail stores, restaurants, and other businesses are not actually obligated to accept cash as a form of payment, and lately, there has been a wave of businesses banning physical currency and instead asking for payment via cards or apps. While businesses claim that going cashless allows for greater efficiency and prevents stick-up attempts, that new model has also spurred accusations of classism and deliberate intent to shut out the economically disadvantaged. Philadelphia officials cited those arguments when passing the law, the Journal wrote:

Sources have reported that some large U.S. banks have seen a boost in attempted cyberattacks. Sources said, growing risk to the  financial institutions about bank cybersecurity and possible cyberthreats. Advised to the banks including Bank of America, Citigroup, JPMorgan Chase, and Wells Fargo to closely monitor traffic from hackers who might be looking for weaknesses in their bank security networks.

An expert says, when there is an option of cash/dollar transaction, why to go for the digital option, where you ate inviting the security risk and after the transaction, that company gets all the detail of the credit/debit card and moreover, not sure enough on how the company is going to use the data. If at all they keep the data secure, then a fear from the hacker community, they can hack the database of the bank/financial institution. Payment companies comes with a technology design and security company they sell the security products to secure and hackers they try to hack the data and whereas a innocent person loses their own hard earned money. Hence, there is a urgency  need to address cyber threats has become more critical than ever.

Philadelphia’s new law will require most retail stores to accept cash. A New York City councilman is pushing similar legislation there, and New Jersey’s legislature recently passed a bill banning cashless stores state-wide, Washington and Chicago are all investigating similar measures and most of the people who don’t have credit tend to be lower income, minority, immigrants. It just seemed to me, if not intentional, at least a form of discrimination,” he said. Now, he said, stores will be required “to do what businesses have been doing since Ben Franklin was walking the streets of Philadelphia.

Philadelphia Mayor Jim Kenney, a Democrat, signed the bill into law last week. His spokesman noted that 26% of city residents live below the poverty line and many don’t have a bank account. Cash can be loaded onto prepaid debit cards, but those come with various fees.