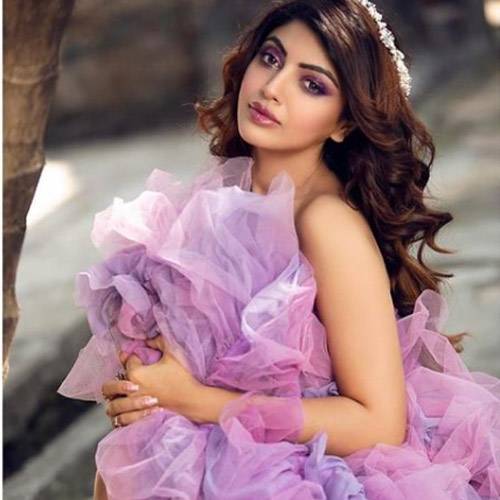 TV show Vighnaharta Ganesh actor Akanksha Puri, will be seen opposite multi talented Randeep Hooda in a web series, Inspector Avinash, which is inspired by the life of police officer Avinash Mishra.

“It was an incredible experience and what an honour too to work with such an ace, versatile and such talented actor. I have been looking up to his performance and I mean I am truly blessed and grateful to have gotten to share the screen with him and I can’t wait for my fans to watch me in this web series as the role is not only far different from what they have witnessed but it’s far more exciting too so yes I feel blissful and happy,” shares the actor.

Akanksha further adds, “Sharing screen with Randeep Hooda is like dream come true. I am lucky and privileged that he is my co-star in my first series.”

The shooting for the web series is almost done. The actor says she couldn’t have asked for a better co star to start to her web career. “It’s exactly what I was looking for. More than the series I am very happy and excited about my character. It is a performance-oriented role and the team was very particular about every little details of this character. They have tested lot of actors for this role,” she continues, “Even after selection, several looks were tried on me and then finally one was selected. As the character is inspired from a real life character they didn’t wanted to go wrong with anything.”

Lauding the OTT platforms, Puri says she is rather lucky to get an opportunity to work on the web unlike actors in the past.

“This has opened up opportunities for lot of actors. After working on OTT, I have realised how they work, prepare every small detail. This definitely helps you as an artist to portray your skills and definitely people take you more seriously as an artist because you are not there just to add some glamour or for any other reason. The script is the hero, it cannot revolve around one actor,” she says signing off.