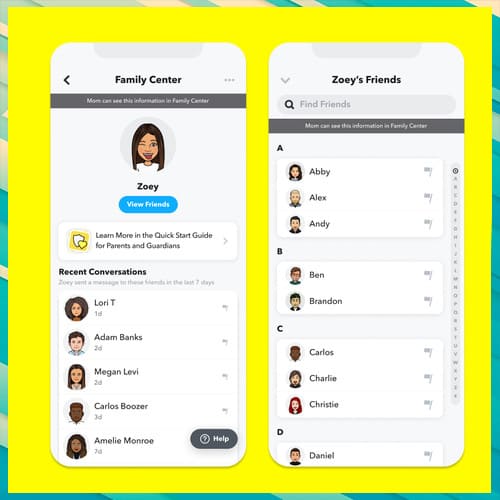 Snapchat has introduced its first parental control center aimed at helping parents keep their teens safe. The new tool, called Family Center, promises to give parents more insight into who their teenagers are communicating with on the messaging app, without revealing the content of those conversations.

The company said, “Family Center is designed to reflect the way that parents engage with their teens in the real world, where parents usually know who their teens are friends with and when they are hanging out — but don't eavesdrop on their private conversations.”

Snapchat did have a few existing safety measures for young users, such as requiring teens to be mutual friends before they can start communicating with each other and prohibiting them from having public profiles.

Snap said it plans to add more features to Family Center in the coming months. Some of the new tools will include the ability for parents to see which new friends their teens have added, allow them to confidentially report concerning accounts that may be interacting with their child, and give younger users the option to notify their parents when they report an account or piece of content.

Several apps have introduced new options in recent months to bolster parental controls and protections for younger users. Instagram has also launched tools that offer parents visibility into the accounts their kids follow or are followed by, and how much time they spend on the apps.