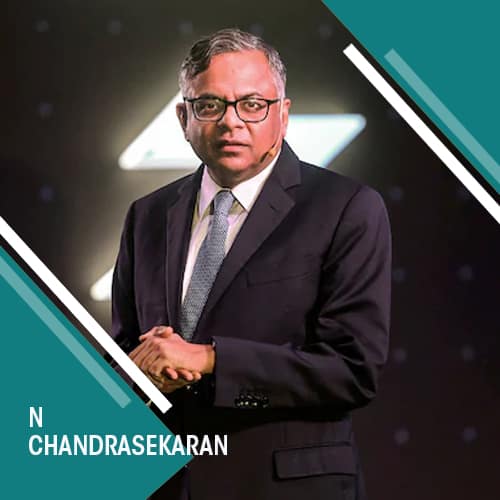 In his virtual address at the Confederation of Indian Industries session on future businesses, Tata Sons Chief N Chandrasekaran listed the focus on artificial intelligence and supply chain rebalancing among five megatrends for the period to come.

Among others, the megatrends which Chandrasekaran listed at the “Being Future Ready: CII session” were remaining sustainable, shifting attention towards health and wellness-related value propositions, and accessing talent from across the globe.

According to Chandrasekaran, digital adoption, including the use of advanced technology in data science and artificial intelligence, is of utmost importance for all businesses. “Robots and bots will play a significant role. At the Tata Group, we are in a massive transformation to become future-ready. We are tightly integrating or embedding digital data, AI and sustainability as the core of the business building strategy, and most importantly, in the business model itself,” he said.

While emphasizing India's role on this front, Chandrasekaran claimed that inflation in the country is “going to be lower” than in the West. The emerging geopolitical situation is “fundamentally rebalancing” the global supply chains, Chandrasekaran said, adding that around 70 percent of the world's growth will come from emerging economies in the coming decade.

Listing sustainability as the third major megatrend, the Tata Sons chief claimed that new-age startups would find a major role in addressing the climate-related challenges. He also mentioned health as an area that would warrant significantly higher attention as the world moves into the future.

The fifth trend where businesses need to apply their minds will be “global talent”, Chandrasekaran added. Skills will become far more important than expensive formal education, he said, further claiming that the old talent architecture will change not only in the services industry but across all industries.