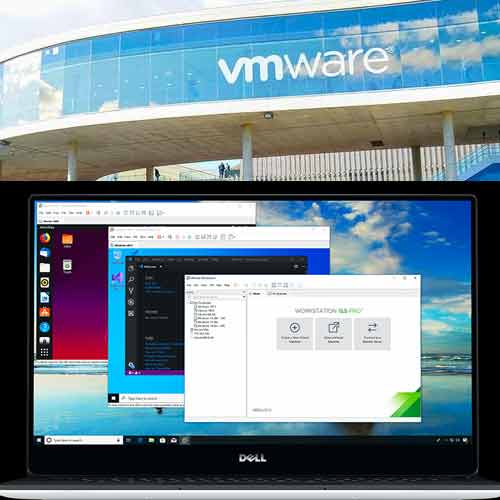 Vmware has unveiled the newest versions of its VMware Fusion and VMware Workstation desktop hypervisor solutions. VMware’s updates support the changing needs of modern developers by extending the tools traditionally used to simplify workflows and expand capabilities of virtual machines (VMs) to container-based applications orchestrated with Kubernetes. The latest release of Fusion also introduces a new edition Fusion Player available with a free Personal Use license as well as offering a paid license for commercial use.

VMware has long served developers as well as end users and IT professionals with some of the best-in- class features with its award-winning desktop hypervisor products VMware Fusion and Workstation. Today’s updates expand support for modern application developers with enhancements to VMware’s container engine CLI vctl while also making it available on Workstation for Windows. With Fusion or Workstation, developers will be able to support more custom Kubernetes clusters with support for ‘kind’   a tool for running local Kubernetes clusters using containers as “nodes.” Containers built with vctl can be tested on local Kubernetes clusters to validate pipeline workflows before pushing them upstream to a central registry such as Harbor. In turn, the containers can be implemented on larger VMware Cloud Foundation 4 with Tanzu production clusters in a service delivery pipeline.

Additionally, administrators will be able to connect with VMware vSphere 7 through ESXi and vCenter for remote VM operation and maintenance tasks. Supporting the latest physical and virtual hardware features, Fusion and Workstation provide out-of-the-box workload mobility / compatibility between desktops and data centers.

In preparation for the next major version of macOS 11.0 Big Sur, VMware has made full use of Apple’s hypervisor and other APIs, removing the need for kernel extensions and supporting macOS 11 as both host and guest.

●      Dark Mode – For Workstation Pro and Player UIs, a new Dark Mode feature will seamlessly align with the latest versions of Windows 10, including the recently released 2004 build.

●      eGPU Compatibility – Fusion Player and Pro will support eGPU devices, helping offload the resource-taxing graphics rendering process from the internal integrated or discrete GPU, to a much more powerful external one.

VMware Fusion 12 Pro and VMware Workstation 16 Pro are expected to become available in VMware’s Q3 FY21 (ending Oct. 30, 2020). Upgrades for each will be available for $99 and new licensing is available for $199.