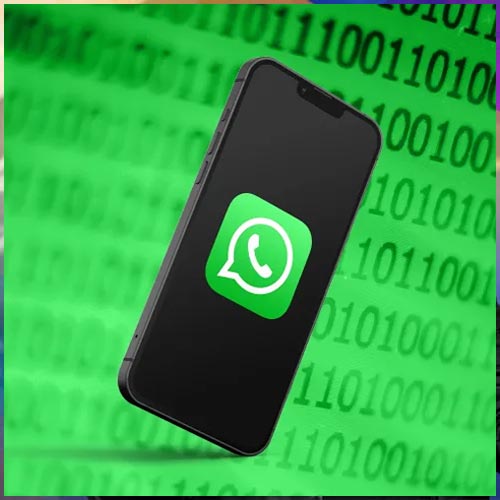 WhatsApp has reportedly got plans to introduce some important changes when logging into an account from another device. The company in particular is now working on a new feature that adds an extra layer of security before logging into a WhatsApp account, as a future update of WhatsApp beta for Android and iOS.

According to WABetaInfo, as another step of verification code, the “Double Verification Code” feature will reportedly show up while a user tries to log into his/her WhatsApp account from another smartphone. When the first attempt to log into a WhatsApp account is successful, another six-digit code will be needed to complete the process. So another message will be sent to the owner of the phone number to ensure that someone is trying to log into WhatsApp.

“The number +********** is already being used for WhatsApp on another phone. To help make sure that your account is in your control, you must confirm another verification code. For extra security, you must wait for the timer to finish before you can send the code. When you receive the code, enter it here.”, the screenshot obtained by WABetaInfo says.

WhatsApp is also working on the ability to edit text messages for WhatsApp beta for Android, iOS and Desktop. The messaging platform had started working on this feature 5 years ago. It further reveals that to edit the text, the user will need to first select the text and select the edit option that pops up along with copy and forward. With this feature, the user will be able to fix typos or other errors in the sent text messages.

However, unlike other text messages, the user will not be able to delete the edited text. The feature is expected to roll out for iOS and Desktop as well.

According to the report, “Probably there won’t be an edit history to check previous versions of edited messages, but since this feature is under development, their plans may change before releasing the feature.”