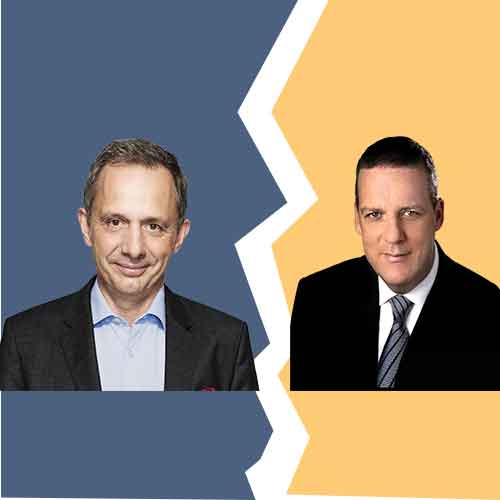 It is true that Xerox Holdings Corporation has reportedly made an offer to acquire HP for an amount of $30 billion USD. A small fish wants to eat the big fish, now is this possible? The answer is why not?

HP Inc. once again has rejected the $22-a-share unsolicited takeover bid from Xerox Holdings as it deems it too low. Earlier this week, Xerox announced that it has lined up financing for the cash portion of its offer for the rival printer company, which consists of $17 a share and the remainder in Xerox shares. But HP (HPQ) on Wednesday said its board continues to find the Xerox bid inadequate.

The printing side of HP’s business seems to be what Xerox is most interested in; the combination of Xerox’s enterprise business and HP’s home business could be an appealing synergy for the two companies.

HP confirmed the offer from Xerox, saying that the two companies have had “conversation from time to time and that it has given the transaction consideration”.

The fact is Xerox has a valuation of about $8 billion, whereas the valuation of HP is about $27.3 billion. Both companies are into the business of computing. Xerox is still known for its enterprise copiers and printer business. On the other hand, HP has been a leader in home computers and its inkjet and consumer printers are a huge part of HP’s business.

The announcement was, of course, accompanied by a letter signed by Xerox CEO, John Visentin informing HP’s CEO Enrique Lores and Board Chair Chip Bergh that Xerox is indeed capable of securing the funds to finance its proposed acquisition.

Activist investor Carl Icahn, who owns a 10.6% stake in Xerox and recently bought a $1.2 billion stake in HP, has been pushing for the merger. Xerox executives initially gave HP’s board a deadline of Nov. 25 to reconsider the offer. The HP Board of Directors remain committed to advancing the best interests of all HP shareholders and to pursuing the most value-creating opportunities.

HP announced in October plans to cut between 7,000 and 9,000 jobs by the end of fiscal 2022 as part of a broader restructuring plan that it estimates will save $1 billion a year. The cuts would amount to nearly 16% of its 55,000 employees across the world, according to data from FactSet. Citigroup has reportedly agreed to provide Xerox with the extra cash for the acquisition. Xerox thinks it could save the combined organizations about $2 billion a year (much of which would likely come from job cuts). Post combination, companies could achieve revenue growth of $1 billion to $1.5 billion over three years, and the combined company would have a free cash flow of more than $4 billion in the first year.

Reiterating this in his letter, Visentin wrote, “The potential benefits of a combination between HP and Xerox are self-evident. Together, we could create an industry leader - with enhanced scale and best-in-class offerings across a complete product portfolio - that will be positioned to invest more in innovation and generate greater returns for shareholders.”

While rumours and speculations have centered on an HP-Xerox combination for some time, HP was expected to be the one doing the acquisition. Whether this will actually go through or not still remains a question.

Your refusal to engage in mutual due diligence with Xerox defies logic.

We have put forth a compelling proposal – one that would allow HP shareholders to both realize immediate cash value and enjoy equal participation in the substantial upside expected to result from a combination. Our offer is neither “highly conditional” nor “uncertain” as you claim. It does not contain a financing contingency, and the combined company is expected to have an investment grade credit rating.

The potential benefits of a combination between HP and Xerox are self-evident. Together, we could create an industry leader – with enhanced scale and best-in-class offerings across a complete product portfolio – that will be positioned to invest more in innovation and generate greater returns for shareholders.

The market clearly understands the industrial logic of this transaction. HP and Xerox shares are up 9.5% and 6.6%, respectively, since the date our proposal was first made public. We have already received inquiries from several HP shareholders and are encouraged by their interest in our offer.

Nevertheless, rather than engage with us in three weeks of customary mutual due diligence, HP continues to obfuscate and make misleading statements. It is important that we correct, for your benefit and that of HP’s shareholders, a few of the mischaracterizations from your last letter.

On February 5, 2019, Xerox announced a three-year strategic plan that was built on four initiatives: (i) optimizing operations, (ii) driving revenue, (iii) reenergizing innovation and (iv) focusing on cash flow and capital returns. We are already outperforming this plan. Through the first nine months of 2019, we have increased our guidance for adjusted earnings per share and free cash flow while also increasing investments in innovation and our core business, which is why our stock is up 96% year-to-date.

Your comment regarding total contract value is little more than a diversion. Your own public disclosure states that backlog information is “not a meaningful indicator of future business prospects” or “material to an understanding of our overall business.”

It is possible that the modest, expensive and time-consuming cost savings included in the restructuring plan you announced on October 3, 2019 (only $1 billion over three years at a cost of $1 billion in restructuring charges), has resulted in a lack of confidence in HP’s ability to realize the $2+ billion of synergies your team previously agreed could be achieved in a combination.

We monetized our illiquid interest in Fuji Xerox at over 20 times 2019 expected aggregate cash flow while favorably restructuring the terms of our sourcing relationship with Fuji Xerox to ensure continuity of supply, protect our high-value intellectual property and provide strategic flexibility. There is no “hole in Xerox’s portfolio” as a result of those transactions – just significantly more cash to support growth and greater flexibility in our sourcing terms.

While you may not appreciate our “aggressive” tactics, we will not apologize for them. The most efficient way to prove out the scope of this opportunity with certainty is through mutual due diligence, which you continue to refuse, and we are obligated to require.

We plan to engage directly with HP shareholders to solicit their support in urging the HP Board to do the right thing and pursue this compelling opportunity.