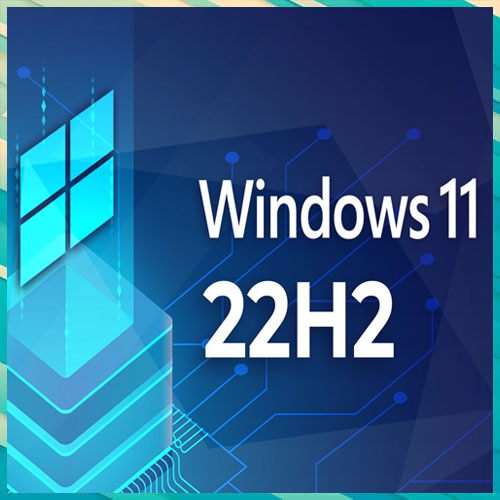 Windows 11 22H2 is the first feature update for Microsoft's new operating system, coming with numerous features and security improvements to enhance the operating system's overall experience. Microsoft is first making Windows 11 22H2 available as an optional update to "seekers," who are those who manually perform a check for new updates, already running Windows 11, with June 2022 non-security preview release or later installed, or Windows 10 2004 or later with the April 2022 non-security preview release or later installed.

To install the Windows 11 22H2 feature update, click on the Start button > Settings > Windows Update and then click on the 'Check for updates' button. Windows 11 will perform a quick check and then list the optional 'Feature update to Windows 11, version 22H2, which you can install by clicking on the 'Download & install" link.

Windows 11 22H2 is a full-featured update containing numerous new features and improvements to the operating system. Microsoft warns that if a hardware or application compatibility issue is discovered, a device may be put on a safeguard hold and not be offered the update.

· File Explorer has been completely redesigned in Windows 11 22H2, with a new homepage giving quick access to your favorites and recent files, and soon to have, the long-anticipated tabs support.

· A new Xbox Controller Bar gives users controller-friendly access to their recently played games and game launchers. Windows 11 users can access the Controller Bar by pressing the Xbox button on an Xbox controller connected to the PC.

· Clipchamp is a new Windows 11 movie editor that allows users to combine different clips or edit existing media. In addition, Clipchamp is considered an inbox app, allowing users to install or uninstall it as necessary.

· Microsoft has updated the Windows Snapping experience so that users can drag a Windows to the top, as well as now snap Microsoft Edge tabs.