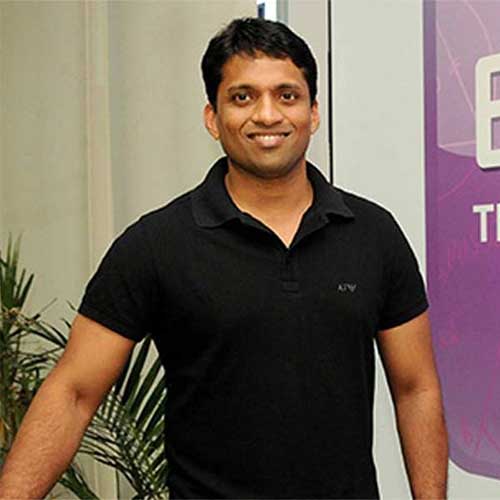 Byju founded in 2008 by Byju Raveendran, the Bengaluru-based startup offers courses for school students and competitive exams like IIT-JEE, NEET, and GRE. Byju's recently claimed to cross ₹100 crore in monthly revenue. Byju's Classes, incorporated as Think & Learn Pvt. Ltd and popular as the Learning App is the popular brand name for Think and Learn Private Ltd., a Bangalore-based Educational technology (edtech) and online tutoring firm. Byju himself comes from a small village in Kerala, Azhikode. Byju's was the first investment in Asia from the Chan Zuckerberg Initiative. It is considered to be one among the only few Indian consumer startups that has gone global, particularly with the 2017 acquisition of TutorVista.

Byju's is about to close a fresh round worth $25-50 million in the next three weeks for its international expansion. The new round comes a few months after raising $75 million from Belgium-based Sofina and Sequoia Capital. Byju's is building a new tech-enabled educational product targeting school-going students in English speaking countries such as the US and the UK and commonwealth countries such as Australia and South Africa.

Sources said that the company has been growing at 100 per cent annually for the last three years and recently crossed Rs 100 crore in monthly revenue. With General Atlantic India picking up around 5 per cent stake in the Byju Raveendran-led company for $100 million, it’s valuation will cross $2 billion. It is the first edtech startup to get Unicorn status in India. If the deal goes through, this will be another feather in Byju’s hat, which is targeting a revenue of Rs 1,400 crore this financial year.