Happy Birthday to a man with a Golden Heart- Sonu Sood 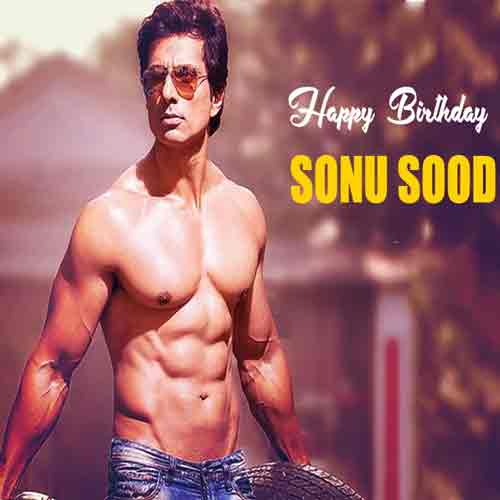 Sonu Sood has been in the news since lockdown for all the good reasons. The good samaritan celebrates his 47th birthday on July 30. From helping migrants to reach their destination to buying a tractor for a poor family, to funding a farmer's children education, this guy has done all things possible.

The actor who hails from Punjab is known for his works in Hindi, Telugu, Tamil, Kannada and Punjabi language films. The real life hero has mostly played black or grey shade roles on screen.

Today, on the occasion of Sonu’s birthday, a few lesser known facts about the actor:

·         Sonu also runs a production house which is named after his father, Shakti Sagar Productions.

·         In the year 2020, Sonu showed his humanitarian side by helping thousands of stranded migrants reach their homes during the nationwide lockdown due to the coronavirus pandemic.

·         Sonu’s father Shakti Sagar Sood had a cloth showroom in Moga called Bombay Cloth House and his mother Saroj Sood was a professor. Sonu’s elder sister, Monika is a scientist.

·         Sonu went to study engineering in electronics from Yeshwantro Chavan college of Engineering in Nagpur.

·         Post his graduation, Sonu pursued a career in modeling and went through tough struggling days in the initial years in Mumbai. He lived in a flat with 5-6 people at the time.

·         He faced difficulties in bagging projects being an outsider. However, he made a decent debut in Bollywood in 2001 with the film Shaheed-e-Azam where he characterized the role of Bhagat Singh.

·         He along with Indian actresses Disha Patani and Amyra Dastur featured in Jackie Chan’s film Kung Fu Yoga in 2017.

Since morning his social media is being flooded with good wishes and blessings for the actor.

All we hope for a healthy and prosperous year for this gold hearted Human Being.