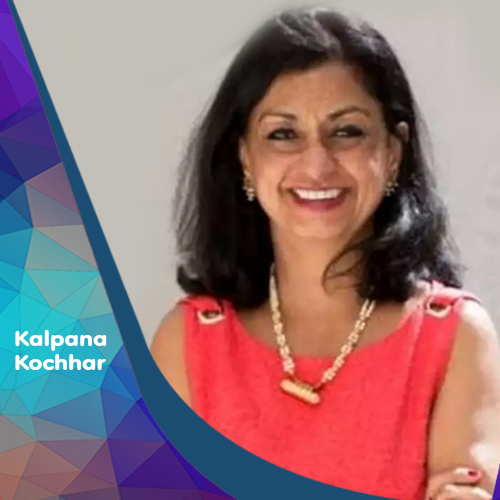 The well-known Indian economist, Kalpana Kochhar is retiring next month from the position of head of the Human Resources Department of the International Monetary Fund (IMF) after serving the organization for three decades. She will join the Bill and Melinda Gates Foundation.

At the IMF, Kochhar held various senior positions and will retire on July 30. She will join the Bill and Melinda Gates Foundation as Director of Development Policy and Finance.

“In her 33 years at the Fund, Ms. Kalpana provided a shining example of strong leadership and dedication to the Fund’s mission. She brought a keen intellect and remarkable passion to her work and always focussed her efforts on helping those we serve. Her work helped to shape the Fund and, while we wish her the very best in her new role, she will be sorely missed,” IMF Managing Director Kristalina Georgieva said.

As Director of Human Resources, Kochhar oversaw the IMF’s HR policies and the recruitment and retention of more than 4,000 IMF employees from nearly 150 countries based in Washington, DC, and in overseas offices.

In the past five years, she led the successful review and modernisation of the IMF’s compensation and benefits programme, as well as the successful implementation of a large and complex human capital management IT system which helped to simplify, streamline and modernise HR at the Fund.

“From start to finish, Kalpana provided the management team and the Executive Board with sound advice and displayed excellent judgment in all HR-related matters,” Georgieva said.

“Throughout her career, Kalpana has pioneered change in the institution, particularly on gender and emerging market issues, while always exhibiting a positive and caring management style,” she added.

While serving in the position of Deputy Director in the Asia and Pacific Department (APD) she was responsible for setting up and executing the IMF’s strategy for Asia which also includes guiding analytical work and policy advice to a number of Asian countries to help promote economic growth, financial stability, and gender equality.

As Deputy Director in the Strategy, Policy, and Review Department (SPR), she led research and policy formulation on gender equity, income inequality, jobs and growth, and structural reforms.

She also oversaw a comprehensive review of the IMF’s surveillance policy and practices aimed at enhancing engagement with the member countries.

In 1988, Kochhar started working at the IMF as an Economist. She has built her expertise in Asian regional matters with desk economist positions on Sri Lanka and the Philippines, and by leading work on Korea and Malaysia during the Asian financial crisis of the late 1990s.