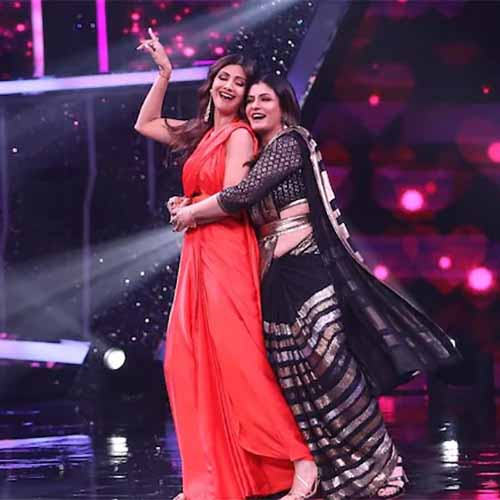 Shilpa Shetty and Raveena Tandon recently let their hair down and danced to the ‘Chura Ke Dil Mera’ song from the film Main Khiladi Tu Anari. Raveena was the the special guest on Super Dancer 4, when she performed the dance moves of Akshay Kumar as she danced with Shilpa.

In a video shared by Sony Television on Instagram, Shilpa and Raveena replicated the hook steps, including the famous hip thrusts. At one point, Raveena also dove to the floor, leaving Shilpa stunned. The performance left the contestants and Shilpa's fellow judge Geeta Kapur cheering.

The movie that was released in 1994 featured Shilpa with Akshay Kumar.  An action-comedy directed by Sameer Malkan, the movie also featured Saif Ali Khan and Rageshwari. The film was a hit. In 2011, there were rumours that a sequel of the film was in the works. However, Saif denied the reports.